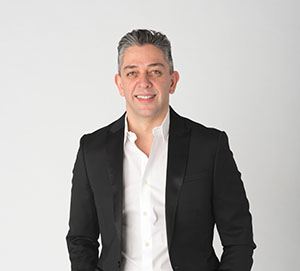 Arman Razavi is a hospitality professional with over three decades of experience in the industry. For over a decade Mr. Razavi owned and operated his own successful ventures such as the standard-bearer Mad Bar & Café, which has left its unmistakable imprint on Chicago’s hospitality scene for decades, while maintaining an impressive consulting career. The former has established Mr. Razavi as an industry leader and innovator, while the latter has allowed him to work with a distinguished list of hotels and independents alike, which includes heavyweights such as theWit hotel, Hotel Sax (Now Chicago Hotel,) Thompson Group (JdV Hyatt) and most recently Celeste, Spin and Midtown Athletic Resort. His result-driven work ethic and strong team-leadership skills with a proven track record of leveraging Key Performance Indicators has abled him to deliver sustainable operational and financial improvements.

Establishing his own consulting firm early on, Midnight Oil Agency (MOA,) Mr. Razavi has kept a rigorous schedule helping owners achieve their targeted financial goals such as cutting and maintaining costs, increasing the top line and creating controls, while bringing in a wealth of knowledge and decades of experience in training, improving service, guest satisfaction,  innovative viral marketing, effective social media management and optimization, functional designs and ultimately expansion to new markets. Based in Chicago, Mr. Razavi is a savvy world traveler. His quest to study, learn,  improve and discover new markets and establishing new ties has lead him to countless destinations around the world, which has given him a well-rounded view of his beloved industry.

With an eye on new ventures and new markets, Arman Razavi has established himself as a trusted source for evaluating and improving existing concept, while developing and constituting new endeavors. During the pandemic Mr. Razavi has been able to use his consulting company to help restaurants in Chicago renegotiate their leases, redesign their menus, restructure their businesses while creating new revenue streams to future proof venues to better suit future challenges . As the industry rebounds and recovers, Mr. Razavi has been able to bring efficiency, consistency, and community by building a service culture with the philosophy that we can win together and creating a shared vision for success.